Aphrodite rose from sea foam in film. Merry Mermaid and love goddess surfinn her scallop chariot through twisted arms of godsoilmen and sludge.

She has risen to meet the supermajors to balance scales and dance to the finnance seers circe song. 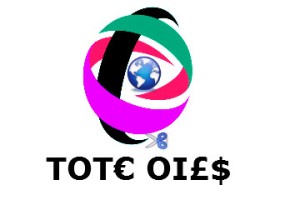 Crude awakening to the spill-age. A Collosal squid princess riding old Jakobsschelp to help a Hutch load of old scallops rise out the Seafloor Blues. Deep sea things speak! Lo! Scallops of the ocean down by the great rising Chiefs.

Take Big Periwinkle into your earshell. Smell the sign, touch the symbol, has it got ridges? Dreams cast to sea to see in a Venus shell in a mother of pearl breast. Dead Plankton in the paint painted on Saints of the swamp.

And the city sewers flow. Heed the clam of commerce and the cockle-shock shimmy. A shell of transfusion, what sea-shell sign symbol confusion.

Emerging on a horse covered in Scallops? Yes, Prince Periwinkle gallops-up stream like Salmon. Skullops for one shelling a dollop. Sea wave-wind Mussels flex into fossils. Oh, more yet, invisible smell of oilamp from the limpet.

The Penis of Mr. Big Periwinkle is swelling, a telling sign of the times. Lets Oil the Oystery of Oil, and stir with a staff, lets foil Big sharks, get shocked, struck coil! Row roe with the Tide Swell batter and salt.

Swim with the titanic Sementic shift, up out the shell, again, to tell a snail tale of the planetary shaft.

Son’s of Thunder Juice, Snel, quick up to defend the word. A sea slug with untold feet, runs with you. Hoily Tools of the Big Petrol scoop and scope scheme, wallops the marine scene with unclean oil sheen. Another spellage.

Waxy Parrot Snot in the sea banks, how to dress up a death spill? Casting Shells – The wavy lines trace swellmighty calm. His Loch’ Holiness the Buddhaclam Caliph of Pearl of the Santiago Shell mound gate tell us, what fate?

Great clam emperor of the Mollusca lineage, Big Up your shelf. By nature the sign, 500 Million years of geometry spun, sings in holy brine water, the Duke Periwinkle Clam tissue of ivory Sheen?

Look down the well. Oily DEA and ivory salt newspaper scalps litter our vessel, truth and beauty from underwater vents, meanwhile oilmen pollute the ocean-Green with sculpted Pipe lines, crime waves of DEA projects, No Oildea how sticky their handshells.

To the Great Old One’s, please hear us and help a sign-sailor resist a supermajor temptress, blackmailing a redesign.

Each cell on the Shell glitters and does not glisten. Clamco on our sex organs. Oil spill, pipe-line, spoil, Usury, coercion, interference with the flow.

Oyster Gods of ancient oceans sculpt the wave and weave pearls for serpents teeth to sew. WWII elixir prohibition, in the name of thy snakeoil potions, Rise, Oh.

Sea-meat wonders with one hundred eyes that dwell upon Old heraldic shields, Rise up like bubbles and show us your shape. If only Molluscs could grow wings?

Dutch English American statistics, more scallops? Roam the ocean wide with the Sigil of Galloping shells tells a whale of a trial of a clam, with snapping hinge teeth. Big Blood and loot (bleep) swinging from the Scallops pole, I and Shelly, and our Seal: Koninklijk.

A Toast to Scallops and the food of Godzilla, and the marvel of Clam propulsion.

Venus come surfing on a scallop, leading with a shell in hat and staff in hand. Scholar. Mussel Swimming down Saint James’s glory-gate to stealth Oil Cow and coo. Scoop it. And the church Redlips TTOTTAL Informollusc. Sculp. Crude awakening.

Cockoily and Crude Millions scalloped out of the earth’s. Intimidated pilgrims raise a Church shoal. To the Botticelli Shell-mex, mix, to the – Supermajor – noGods’ and the shall he, Shall he not trotter. Heart of calcite, home of crystal. Toil to swim with the ASA Esso sponsors. Pick a Shell and drink James Juice.

The sacred periwinkle proportions, now sea gold. Periwinkle Cockle and aragonite Shillyshellying, on land we’re all out of gas? Gaia Scalp flaking, dry rot and sun burn, Crashing oil and Blood in similar waves, Half-mollusc, half man with a vulva Cuthulu cult riding a Periwinkle to shore, to soil on past British Patrolingmen.

What pearls lie in the sign. Schaaldrake Unreeled from the Well, winds blowing above the abyss of humanity.

A clamber of underwater James shimmer “What the devil’s covering you, old directors?” The Hat clamp too. Holy floor, must be peak oil time! Shall we use our gills to push? Praise oceans Brand waves. The fisherman on fire, Oil brigade, fire brigade.

The Tectonic shifts and shafts. Swallow the shilly-shally sea and go a’ rumaging. A mussel bound wisdom tongue in a Dutch pit. Venus in shell, that feminine Scallop.

Beware the starfish and oystercatchers and Condi Rice. Our boat enters the earshells of Leviathon. Seers are feeding, so meditate on bivalvia underground and grow new ears. Total germs. Sea worms fight back.

Please dive off the Euro board and Rejoice for James Juice. Hoily Houses Haunt Oystery sauce. The currents of Oysery in the Musselmen’s. How to Oil the machine and then stir, sir?

Scallop filtration of nature Mouth pit. Hermaphrodite Samuel of the black-gold waters. Global eyes of the oceanic gleam where Ibskal speak of sea diamonds, pearls and disturb the Calm mud.

Sometides wash nutrients up Ripples of the great allrudy wish-ways prepear’d with proportions of Baron periwinkles dimples. Chevrollop, clamswallop, wham. Big Shh’ galaxy, in silence. And inside the noble clam chamber Mr. Mussel finds shelter from transfusions and Cockledoom on a dinner plate.

Oh shil, you supermajor logo shystirs. Rumble of waves around scalloped edge – where Venus teleports – to visit ecstatic ten-thousand. And Brand new standards, drink the ocean ink of clam soup. Ingest the Hoily Ocean Extracts from the me-a-ning Well, it’s all for the best.

Wade through the bauxite, don’t step on our eggshares show foresight. Juice the wellwell markets, be merry, speak into these eggshawls. Schelp, I need some clammy mammy? Muscle and sperm of capitol, testoss and hydrocarbons, Thankyou, the pearls really shine. 500 Million years of Scallop evolution sculpted from chalk with tyme.

Real Crotch Oil spread and royal Roe Smoothie. The synchro-swimming around the OVA, mixing a schaal alliance. Pink into the black current. Shellfish swim for ecosystem and it’s edges.

The taste and Zap, filtering compost on sea-bed, the underwater awakening, like Fungus, the Clam infiltrates the swill. Heaven and Hell, the birth of Lucifer von Periwinkle and his Kingdom Oilmen! Lo, the chatter and Swell, the Venus and the Vulva. Marian’s Well. Like a Mermaid’s, always moist.

Master of devices and of painted Green weeds. Grow. A Pilgrim Artefact slyjacked. Marian! Murmur and maid, with comb and mirror, homeless, Comb exchanged for a clam-pick to pluck Lyre songs. Merry tinkles of shells and deep-blues for heads.

Oh yeah, to schell the proof to buy the truth. Sea Red and sigil read. Michelle, and her pink mantle. Swimming with our vows to explore the edges of the Sun. Elixir of Baron Periwinkle makes a tasty tipple. A tale maybe a virus. Vile us! With a treacherous hijacked Scallop – snapping – at your toe, out to out brand Oil.

Way out. Respect the Hoily mollusc of Saint James. These Claims of holy clams clamp down on Baron Periwinkle’s clump, so Dive down and pry benearth. The Venus Mermaiden has risen from the sea to show you her she-sails.