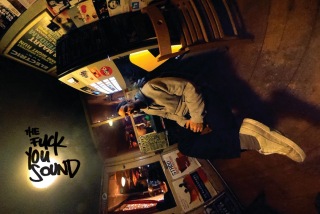 So, i really do sincerely hope each and every one of you out there, reading and not-reading this, find whatever meaning you are looking for this holiday. Today, i thought for a moment on the tram…’man…i must be a Christian after all, no matter what i call myself (model agnostic) by the amount of good thoughts and strong memories i have of Christmas, almost every one since being about 4 years old. The highlight of the year for so many many years, the presents, family, food, laughs, drinks, friends. Plus, i feel compelled to address everybody, like a speech at a massive dinner table. And keep up the good cheer. Putting the stark reality outside the front doorstep aside for a day, homelessness, refugee crisis, war, lies. No, today is a slightly bland merry old time, a day when we count our blessings (you see i can’t help but invoke religious terms today) and give thanks to whatever it is we each feel we wish to pay our respect. Jesus and/or Santa i rekon, if you think about it. But not many say so explicitly.

We celebrate the birth of Jesus, like it or not, who went on to become the Jesus Christ, a popular figure in western cultures and who seems largely misunderstood to this day, due to interfering belief-systems and the inability to comprehend metaphor in religious and mythical texts and scriptures. So merry Christmas everybody, to mean, wake up to the birth of your own new saviour and muse, the birth of a new inner compass, a loving caring force inside which simply encourages you to be nice and helpful and to share. The birthing is like a filling up with stuff, including the chaos of what comes forth. I hope you quickly get over any difficulty in the beginning of making it new. Happy new year.

I have probably said and written some awful things about Christianity, sometimes with a similar fury to the likes of Christopher Hitchens, yet without his clarity and forceful fact based assault. (sorely missed in commentary today) I have said and written less about Islam and Judaism, but hold them in similar contempt as Christianity, very broadly speaking.

The abrahamic religions, as echoed by Timothy Leary, have been responsible for some of the worst trips this planet has ever known. Yet, having tasted the magic and mysticism connected to some other spiritual practices, strains of Buddhism, Taoism and Thelema, i feel that there are some parts to all religions that can be illuminating and informative, if your open to try new things, like simply new thoughts. It seems to me that to claim to BE an atheist rejects consciousness BEING itself…yourself. Theism can be fun and some gods can be exciting and helpful guides, at least, for me. Just because the large majority of theists may seem like zombie followers of some foreign doctrine or other, does not mean others are not progressive, intelligent and rational humans.

To refine the idea further, belief itself, weather it be in the form of religious fundamentalism or materialist fundamentalism, leads to similar bad trips. However, i think parallel thinking about these prickly subjects can help bring about a peace for all man kind. You know, like the lyric from the Christmas carol, peace on earth, good will to all man and womenkind. As Bob used to say ‘if you can’t achieve tolerance at least attempt courtesy’ This Christmas, why not try to make a big effort to understand things you might not believe in. Suspend your disbelief, and present it like a fairy on a tree top.

Only the most ignorant and deluded hermit could not see that the coming years will be challenging for all around the world humanity, and closer to home for the disunited kingdom and disunited states of America, and of Europe. To remind yourself every day of all the trouble in the world can be damaging and unnecessarily, the world is not your problem. The animal and human torture, the terrorism, bombings, invasions and drone strikes, the beating and rapes, killings and daylight robbery are not your problem. Keeping a level head while others may loose it around you will be a daily challenge in a hyper-connected world. I sincerely wish you good luck with that, and i hope you can remember to remember. Violence is psychically self-defeating. Being nice to others is psychically self-affirming. What is there to understand? Just do it.
This is the nice part of the Santa Claus story, the surprise and free gifts delivered, good behaviour and being nice to others is rewarded with presents and surprise prizes. So best wishes, all-around-the-world-humanity, and have a good day. 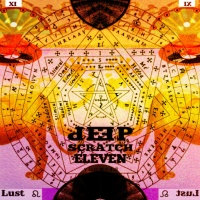