Born April 15th 1976 in Wordsley, England, and grew up as a competitive swimmer into his teens when he came across Jazz music, speed Metal, hip-hop, drum and bass, and playing drums in a school band. This led to Steven developing his drumming and DJ skills over the next 20 years.
Steve Fly’s first ‘live’ gig was drumming with ‘Surgery’ at Thorns School in 1991, and went on to play with local Stourbridge garage punk band ‘Indigo Jane’ at such venues as J.B’s Dudley, The ‘Source’, ‘The Mitre’ in Stourbridge, and support for Babylon Zoo and Fret Blanket in Kidderminster.
In 1993 Steven briefly played with Kinver based band ‘Taxi’ and recorded and album together and supported vocalist ‘Sam Brown’ at the Robin Hood R n’B club. In 1994 Steve played drums for a short time with the Birmingham based ‘live’ drum & bass band ‘Plutonik’, featuring vocalist Chrissy Van Dyke.
In 1994 fly bought his first pair of turntables, and was instantly attracted to scratching and spinning vinyl, and began buying and playing a mixture of old Jazz, new electronica, drum & bass, break-beats and other soul/funk/jazz oddities. This led to him playing records with local DJ crew’s ‘Lowlife’ and ‘Lifted’ (94-2001) and by 1998 starting a successful ‘soul/jazz/funk/breaks’ night in and around Stourbridge called ‘Pass the peas’.  Other gigs included dj slots with Craig Fields and the ‘Nazareth’ DJ crew,  and gigs at the Q-club Birmingham, Wolverhampton, Dudley, Wales, and the Glastonbury festival 2000.
In 1998 Fly Agaric was billed with Fuzz Townsend on the bill for Graffiti Bastards 2, an art and music exhibition featuring and produced by CHU. This collaboration led to fly travelling up to York, and Finsbury Park studio’s to record a ‘live’ drum track for the first full album from UK left-field hip-hop crew New Flesh. (Part2, Toastie Taylor, Juice Aleem, DJ Weston) The resulting track ‘Quantum Mechanix’ turned out to be fly’s first release, launched in 1999 on Big Dada Records 0013, and stands as a testament to alternative UK hip hop at the turn of the millennium.
In 1999, together with Indian composer Surrinder Sandhu, Steve played drums and turntables on three tracks recorded at Birmingham’s D.E.P international studios and that were subsequently pressed onto 200 10” vinyl discs, all of which were stamped with a rubber ink stamp depicting the ‘Mayan Tzolkin’. Out of 200 records I probably sold 2, but it has made 2000 people smile since.
On April 10th 2000 Fly travelled to America to hear Dr Robert Anton Wilson lecture, while on his visit he had a synchronistic meeting at ‘The Planetwork’ conference with virtuoso bassist and composer Kai Eckhardt. This led to a steady flow of collaborations and gigs across the US during the next  5 years,  most notably with Jazz Funk Jam band ‘Garaj Mahal’ featuring Kai, Fareed Haque, Eric Levy and Alan Hertz, since replaced by drummer Sean Rickman. Steve Fly can be heard playing turntables on 3 cuts from their album ‘Mondo Garaj (2001) and 3 cuts from ‘Blueberry Cave’ (2005). He performed over 30 live shows in more than 10 different states including the cities New Orleans, New York, San Francisco, Portland, Oakland, L.A, Saint Louis and Santa Cruz. The band have received worldwide acclaim, reviews, and praise from fellow musicians and fans alike. (see www.wikipedia.org/wiki/Mondo_Garaj  www.kaizone.com/Garajmahal/pages/storyoftheband.html)

Fly also performed as DJ with the Gregory James Band, and can be heard on the albums ‘Reincarnation’ and ‘Come to me’ the latter with Bassist Benny Rietveld (Miles Davis, Carlos Santana) and a large cast of heavyweight players: Deszon Claiborne, Celia Malheiros, Tom Coster, Rasaki Aladokun, Karl Perazzo, Rita Theis and poet Craig Easley. Steven performed with Gregory at Yoshi’s Jazz club in Oakland, and other venues in San Francisco (2000-2005).
(See www.gregoryjames.com/come-to-me)
Fly played in many other jams and musical configurations during his 5 years in America, notably with Alan Hertz and Friends, No Parking (Alan Hertz and Liam Hanrahan) A Modern Fairy Tale (with Kai Eckhardt) Geo Trio  (Eric Levy, Hertz and Bobby Vega) The Fareed Haque Band. And DJ fly shared the stage at festivals and shows with artists such as Ray White, Bernie Worrell, Leo Nocentelli, Brian Jordan, Reggie Watts, Robert Walters, Tal Morris, Carlos Washington, Al Howard, Rasaki Aladokun, Skerik, Benny Reitveld, Peter Horvak, and many others.
(see:  www.archive.org/details/GarajMahal  (Search DJ Fly Agaric 23)
In October 2005, Fly flew back to the UK and temporarily put down his drum sticks and records in favour of picking up his pen, partly due to the fact he had no drums or turntables in the UK and no shows were on the horizon. By early 2006 fly had been busy over the last year mixing, remixing and creating music using Reason and sample based music on his Mac-book, his first computer since an Atari 900, some samples of which can be heard at his soundcloud account here:
In March 2007 Steve Fly moved to Amsterdam where he settled into a new life there, writing and  working at the coffeeshop 420, that happens, by chance, to be the preferred coffeeshop, and poets residence of Poet/activist John Sinclair. Over the last six years John Sinclair has had a massive influence on Steve’s musical directions and output, plus on his writing and avid reading habits. Steve lived together ‘on and off’ for 3 years with John, and has toured England, Holland, and Germany as John’s drummer and co-pilot, featuring on several recordings and dozens of live shows with fellow Amsterdam blues scholars such as: Mark Ritsema, Leslie Lopez, Vicente Pino, and Tom Worrell from New Orleans.
Late August 2010, Steve Fly hosted some of the band in who were travelling from the recent 101 runners tour of Europe, including Tom Worrell, artist Frenchy, and John. Steve quickly seized the chance to record a session while Tom and John were in town, and with the help of some friends: Leslie Lopez, Larry Hayden, and Mau we managed to get two days of recordings that turned into the album ‘Let’s Go Get Em’ on No Cover Records (2011) with artwork by CHU and Frenchy.
On 1st March 2011 Fly visited John in London to record drums along with Youth, George Butler, Brian James, Angie Brown, Alan Clayton, for 3 cuts on the new Beatnik Youth album, out on Track Records.
Since 2009 Steve fly has also been jamming with guitarist Vicente Pino, and together they have performed over 50 shows mostly in and around Amsterdam, but as far afield as Ghent, Belgium, under the name Dr Marshmallow Cubicle. The duo now have three unreleased albums, (Marshy, Sod The Rich, John Sinclair and the Amsterdam Blues Scholars) they have over 50 ‘live’ videos available on youtube (flyagaric23 – playliists). Their unique improvised guitar and drum music has captured the imagination of many people, and they’ll return to the stage in spring 2013.
Steven recently signed an album deal with Iron Man Records to produce the latest John Sinclair album due for release this summer. It features fly on drums, brushes, turntables, Cello, and production along with his star engineer Tim Egmond (Senior Modulator). The album titled ‘Mohawk’ is fly’s interpretation of John’s poems that are all taken from a suite dedicated to Thelonious Monk, and that feature tales of Be-Bop, Bird, Dizzy and Monk. The album will be crafted and designed in collaboration with Graffiti legend CHU, and together with Iron Man Records we are poised to release a total new audio/visual experience, nicely tying together the John Sinclair/Steve Fly synergy produced over the previous few years. 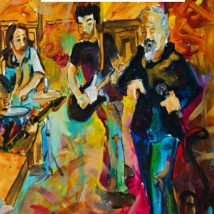 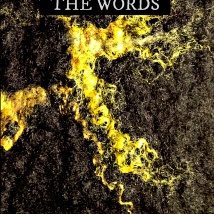 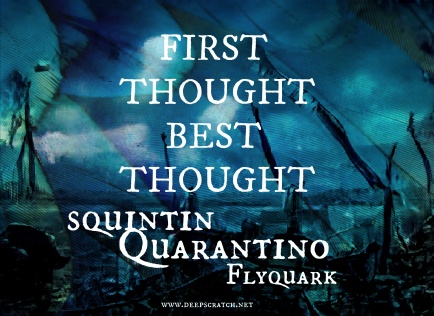 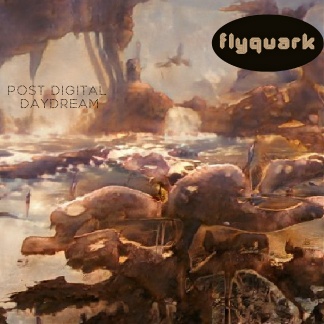 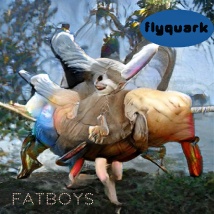 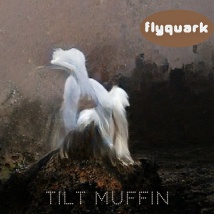 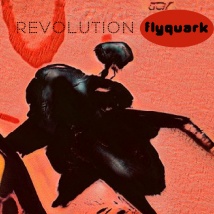 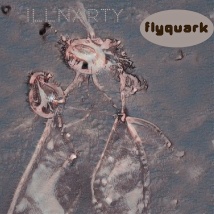